More than 20 Maltese compa­nies were in Ghana to explore investment opportunities avail­able in the various sectors of the economy and form partnerships with Ghanaian counter­parts. Mrs. Priscilla Dede Tudgedzo, who represented Kofikrom Pharmacy Limited was part of the week-long trade mission of the 3rd Malta-Ghana Business Forum, which was held in Accra to boost trade and investment between the two countries.

It was organized by Trade Malta, a Maltese firm, and the Maltese Ministry for Foreign and European Affairs and Trade in collaboration with the Ghana Investment Promotion Centre and other partners.

The forum created a plat­form for business companies from both countries to engage face-to-face with officials in their respective sectors and sign mem­oranda of understanding.

Addressing the participants, a Deputy Minister of Trade and Industry, Michael Okyere Baafi, said Malta was one of Ghana’s strategic bilateral partners as the country was fast becoming a home to several Maltese businesses in West Africa.

However, he said the Gha­na-Malta trade and investment in automobile, pharmaceutical and garments were still below their potential with a cumulative trade volume of over $318 million and a balance of trade of $94.6 million in favour of Malta, recorded from 2010 to 2019.

He, therefore, urged prospec­tive investors to consider strategic cooperation for opportunities available under the government’s flagship programmes, including One-District-One Factory.

He said choosing Ghana as their number one investment destination in Africa was the best decision because of the country’s strong democratic credentials, which has made it a safe haven for investors.

“The government of Ghana will continue to work closely with the Republic of Malta through high-level political and business fora to promote trade and invest­ment between our countries”, he said.

On her part, the Chairperson of Trade Malta, Elizabeth Sant, said Ghana had been central to Malta’s roadmap for Africa because of the country’s socio­economic growth and political stability.

She said there were countless opportunities for collaboration and growth between Malta and Ghana which could be leveraged to form a powerful partnership to drive socio-economic growth for both countries.

“Together, we can fuel Gha­na’s economic transformation and open new doors for Maltese businesses to invest in Ghana’s thriving ecosystem. The Maltese government is, indeed, standing as a catalyst of change by taking con­crete steps to achieve this mutual elevation,” she said.

In that regard, Ms Sant said Malta was working with the Ghanaian government to stimulate investment, accelerate business op­portunities, facilitate cross-border trade and align efforts with that of the government and the African Continental Free Trade Area. 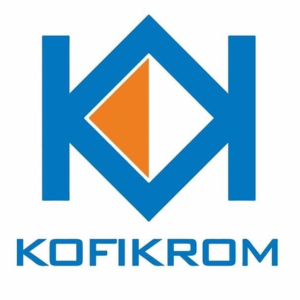